New Bedford’s Jany Rodriguez-Ramos Runs All Over the World 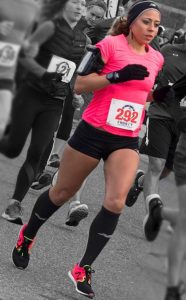