Dock & Dine: Boating over for a Bite

“Believe me, my young friend, there is nothing – absolutely nothing – half so much worth doing as simply messing about in boats.”  Kenneth Grahame, The Wind in the Willows

What’s better than a day on the water? How about good food and drink? Put ‘em together and you’ve got great summer memories. Our 2017 print issue encourages everyone to Get Outdoors!  To that end, we’ve compiled a place of South Coast eateries that welcome boaters to pull up for lunch, dinner and/or drinks, from one end of the South Coast to the other. We recommend you call ahead to make sure there’s space and to make sure it’s appropriate for your boat. 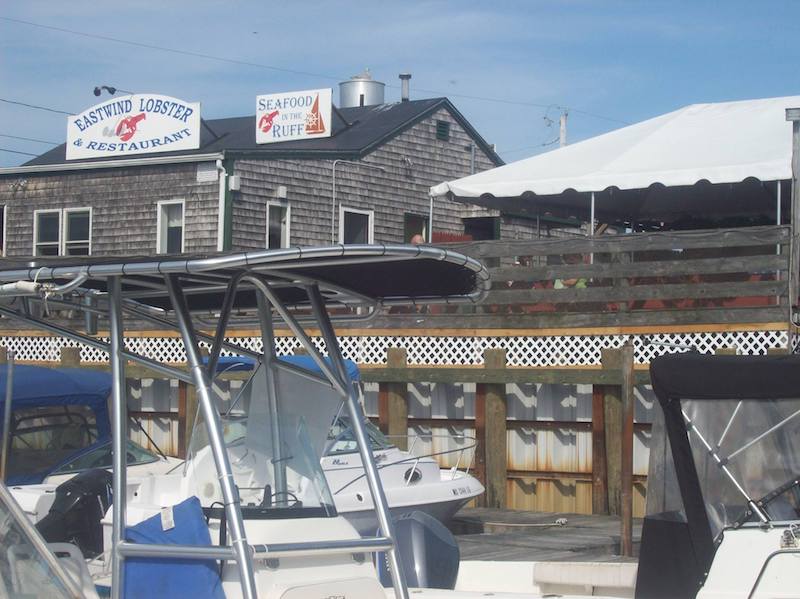 Our favorite fried clam shack has expanded its menu and has a dock right alongside for boaters. They’re so accommodating at East Wind that some boaters call in their orders and the staff brings them out to the dock, kind of like a drive thru for boats. Call ahead to see if there are spaces available at the dock.

From Buzzards Bay, head toward Buttermilk Bay. East Wind is to the right immediately before the bridge. Be warned, as you head towards Buttermilk Bay, you pass under a train bridge. If your boat is taller than 7 feet from the waterline, you’re out of luck. East Wind Lobster and Grille, 2 Main Street, Buzzards Bay. 508-759-1857. 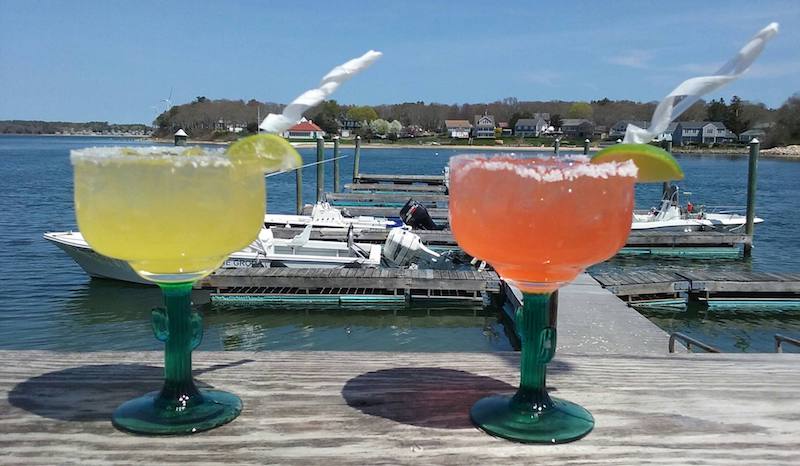 Just pull on up to Captain Al’s dock and enjoy a fun and lively scene, with good food and drinks. Note: if you’re coming from Buzzards Bay, you’ve got to go under the same train bridge described above. Captain Al’s Restaurant and Tiki Bar, 3236 Cranberry Highway, Buzzards Bay. 508-759-0811 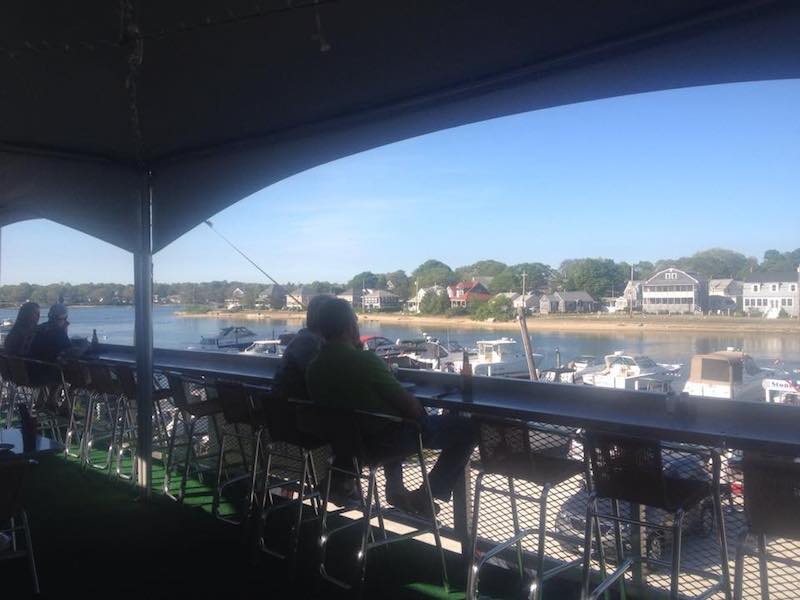 Sittin’ at the Stonebridge

This is our neighborhood joint so we’re partial to it. We’re lucky enough to be able to walk but we love the two other unique ways to arrive: by boat and by pedicab.

If arriving by boat, head into Onset Harbor toward the town dock. Then round Nun #16 and go under the bridge, the marina and restaurant are immediately on your left. Yellow cones mark available slips for restaurant patrons and it’s just $5 to tie up. You can ask for a spin on the Stonebridge Pedicab to get a little tour of Onset from the back of a pedicab. Stonebridge Bar and Grill, 5 East Boulevard, Onset. 508-291-2229. 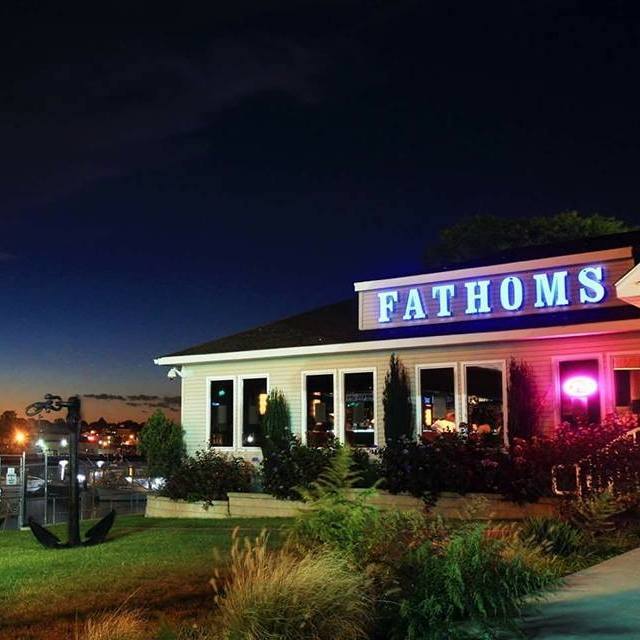 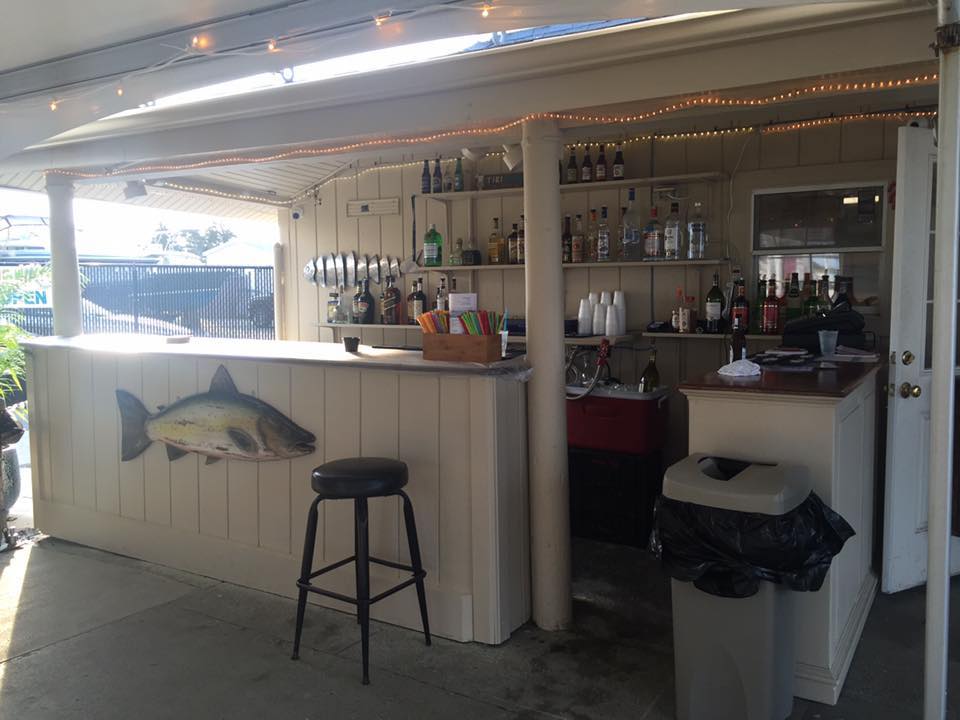 Down the Hatch, Fairhaven

Down the Hatch at Earl’s Marina, Fairhaven

Three generations of Heberts have taken good care of your boat at Earl’s Marina. In 2006, the family opened Down the Hatch, an outdoor restaurant and bar which is a popular spot for boaters and Fairhaven residents. It’s a family oriented place. Kendra Galary runs the place for owners Jim Moraux and Matt Hebert. Hebert babysat Kendra when she was a kid. She, in turn, babysat Matt’s kids.

People boat over, kayak over, and jet ski over for ice cream, food, and drinks. Kids play at the little beach at low tide. With live music in the evenings, it’s a place that has something for everyone. Just pull your boat (or any other watercraft) up to the transit dock.

NOTE: Since this originally went to print, this property is now Off the Hook Bar & Grill. See their Facebook page here. 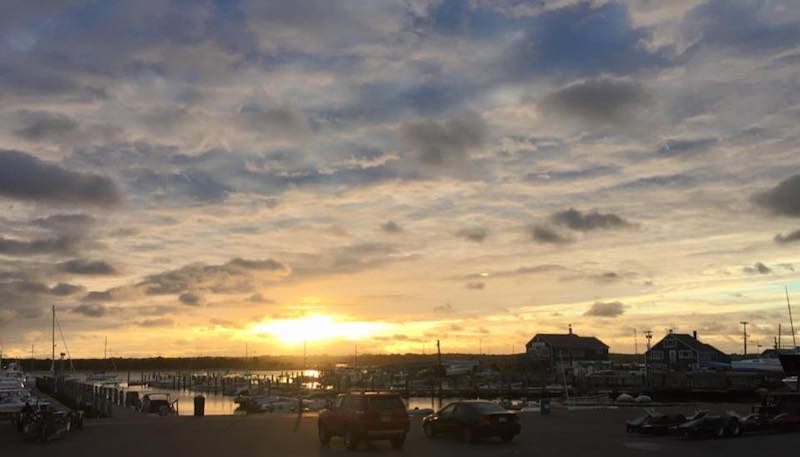 From the Sail Loft’s back deck 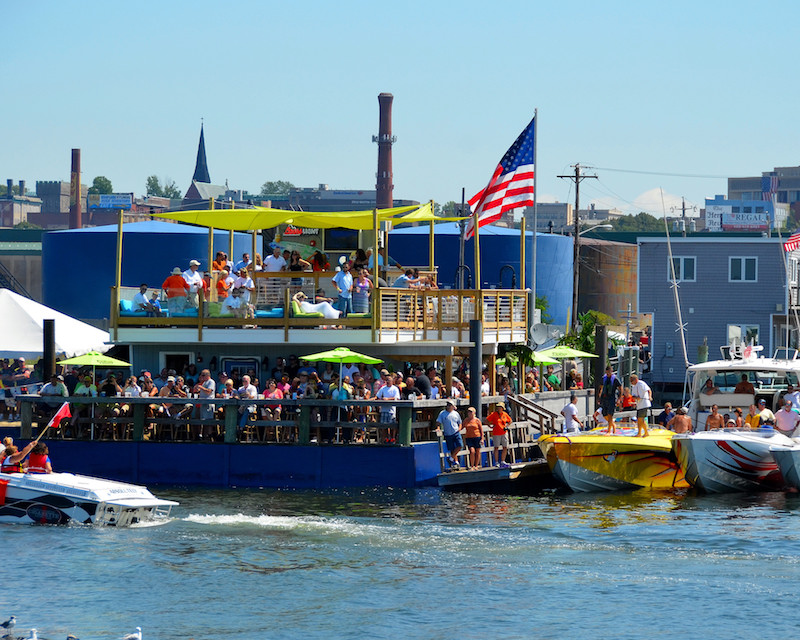 First off, the name. How can you not be intrigued? Located at the mouth of Narragansett Bay at Borden Light Marina, the Tipsy Seagull is a seasonal floating outdoor bar. They call it a slice of Key West in Fall River. It’s a great place to gather to watch the boat traffic and to admire the lighthouse we featured in last year’s print issue (check that out here!)

Two large docks on either side of the Tipsy Seagull provide places for boats. First come, first serve (and boats can also raft off one another).  If you want to spend the night, there are overnight slips at the marina are $2.50/foot. To make reservations at Borden Light Marina, call 508-678-7547.  Tipsy Seagull Dockside Pub, 1 Ferry Street, Fall River. 508-678-7547

As featured in the magazine’s Get Outdoors feature, The Cove has a lovely deck, overlooking Mount Hope bay and the USS Massachusetts. Enjoy the rawbar, the great cocktails and – our favorite — the fish tacos. The marina provides a 400 feet transient dock daily at no extra charge. The Cove Restaurant, 392 Davol Street, Fall River. 508-672-4540 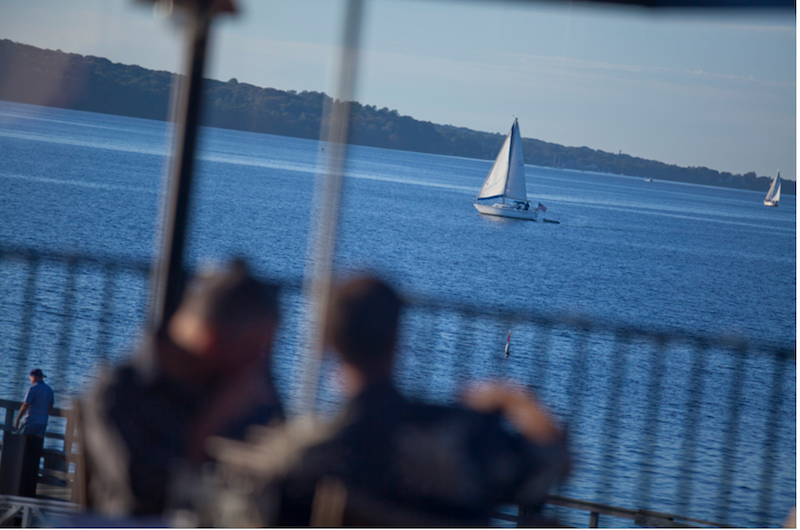 Overlooking the Sakonnet River from the Boat House 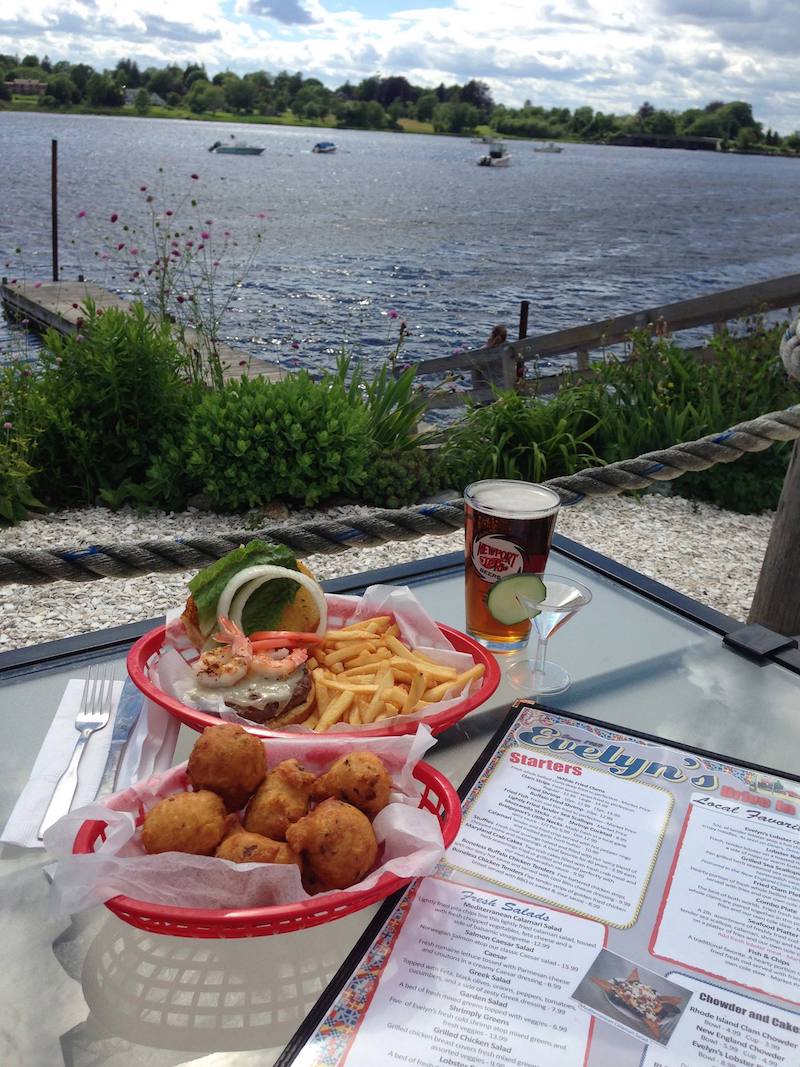 Classic fare that you’d expect from a business that’s been around over 40 years with some unexpected twists – like the lobster chow mein!

Dock space is available. When you approach Nanquaket Pond, motor slowly under the bridge. The dock is inside on the left. If you’re coming by sailboat, you can anchor outside the bridge, in the lee, out of the southwest wind and dinghy in. The pond is particularly calm in all weather for a meal at anchor on the water.

Got other ideas to include on the list? Send them to us at [email protected] and we’ll include them.